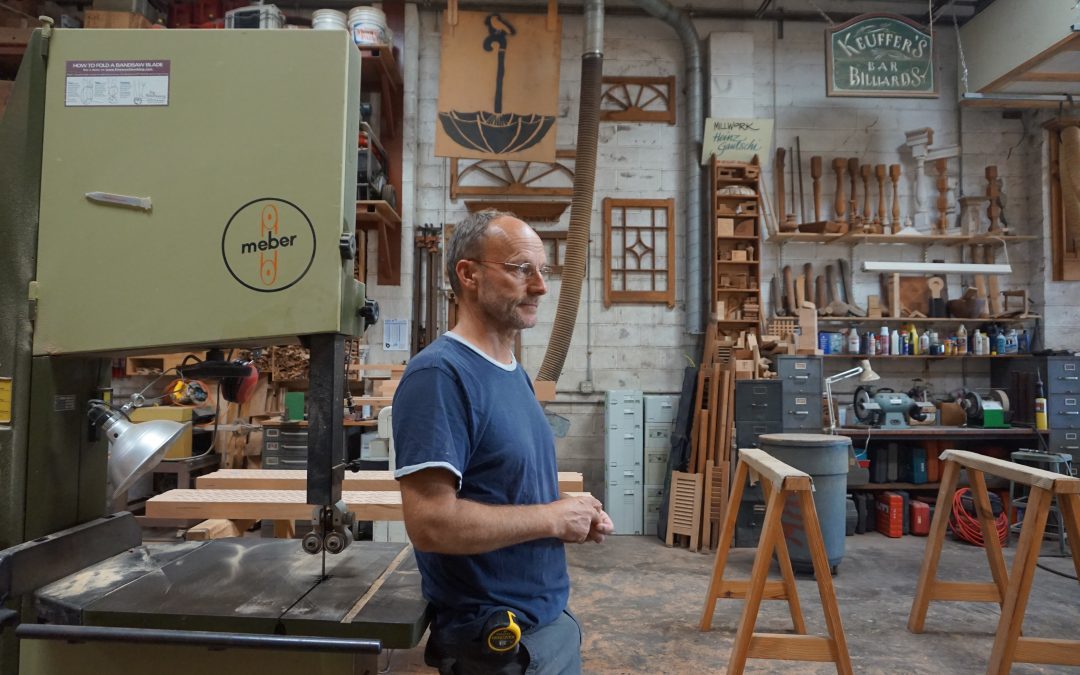 From the bunk beds to the murals, The Quisby was carefully curated with each piece of artwork and furniture throughout the historic building. Our first creator behind the Quisby is Swiss woodworker, Heinz Gautschi, who is responsible for the creation of the beautiful bunk beds throughout the hostel rooms. We want to give you an inside look at the individuals that contributed to the hostel, which is why we created the “Creator’s Series”. Every month there will be a blog featuring people behind different components around the hostel. 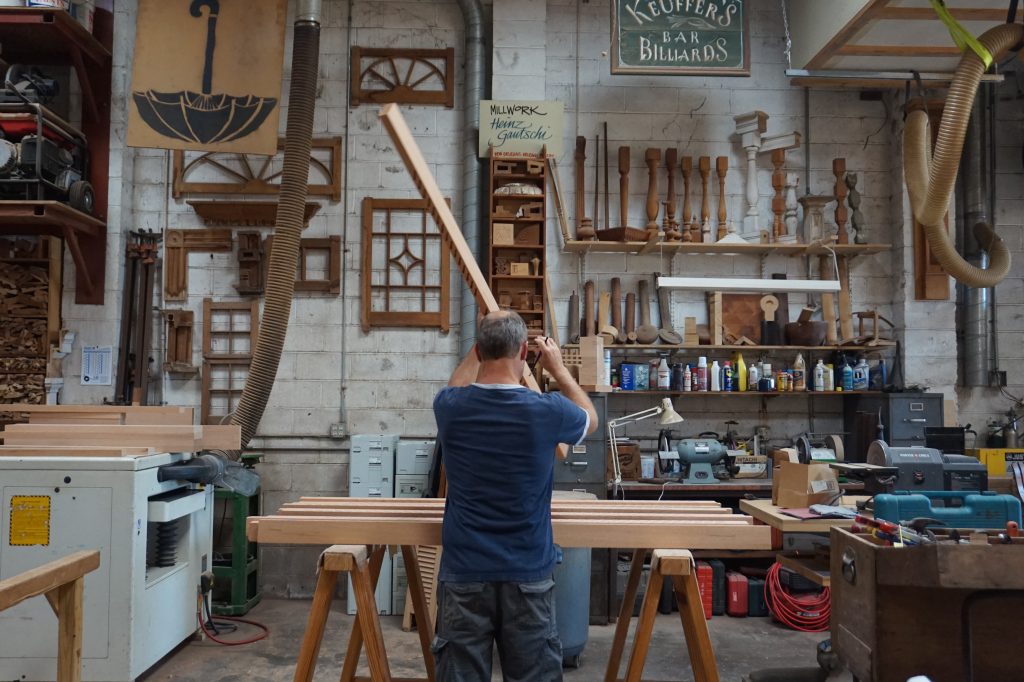 Heinz Gautschi of Gautschi Holz Works, is responsible for the handwork and design of the beautiful bunk beds. Heinz is originally from Bonoa, Switzerland, which had around 100 residents. In Switzerland, Heinz started out as a licensed electrician making a decent amount of money. But, he realized it didn’t satisfy him and decided to travel around the United States at 22 years old before eventually ending up in New Orleans. He was also a visitor to our predecessor, the Audubon Hotel, where he would frequent the Bamboo Lounge.

He has the story of many New Orleanians. He only planned to stay in the city for a short-term period and ended up sticking around for a while (28 years to be exact). By age 23, he made New Orleans his home. After a couple of odd jobs, he began working alongside millworker Ron Tipton before opening up his own shop. Now, you can catch Heinz in his Lower Garden District workshop with WWOZ or NPR blaring as he works.

The story behind the design of the beds began two years ago when a friend of David Gindin, General Manager and Founder of The Quisby, recommended Heinz to do the work. After a couple of exchanges and an Ikea image (ask David about this funny story) Heinz composed a final blueprint of the beds. The final product was 60 bunk beds built with German Beech.

Take a peek of the beds yourself and book a room to stay at the Quisby, located right on St. Charles Avenue. Have any questions? Feel free to ask, promise we don’t bite. Visit our FAQ page for more information on the hostel or ask us. 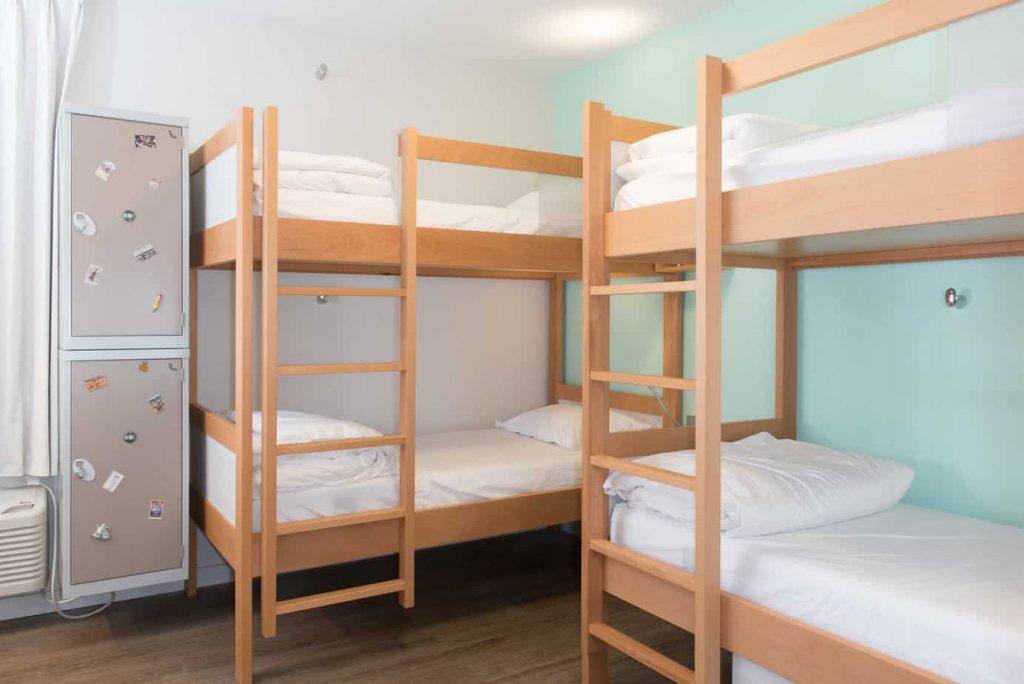 Do you think New Orleans affected your work?

The uniqueness in the work here is quite incredible I think. For example, I have a brother in Switzerland who does the same profession as I do. He is a cabinet worker.  He is a professionally trained compared to me. It is all standardized. I make my own knives and draw everything by hand. It is still more old school. I take everything that was built 100 or 200 years ago and take it apart and build it the same way. That’s more rare. Today, everything is quick fast put it together and walk away.

What would you say sets you apart from other millworkers?

I guess the part of being Swiss and being raised as a Swiss person. We have a different work mentality and cleanness and precision. We care for what we do. It is more strong culturally. I’m always looking for changes.

Favorite place to grab a drink?